What has happened to criticism of the arts in the media?

Have we, the public and the cognoscenti become unable to tell the difference between good and bad in the arts, or are we being subjected to a campaign of ‘promotion of mediocrity’? If it’s the latter, who is responsible?

What has happened to criticism of the arts in the media?

The basic format, used for decades in the UK press, is for the critic to give a star rating. You’ve seen it, and perhaps booked tickets, bought the book or the CD based on the rating.

My understanding of the formula of the five stars is that one star will mean it isn’t good, not worth seeing, I shouldn’t waste my money. Two stars will mean that there is a little bit of good in it. I might enjoy some of it. Three stars tell me that it’s worth spending my money, but not to expect anything out of the ordinary. Four stars indicate something special. Originality and excitement. Expect to be entertained and to have gained something from the experience. Five stars mean that here is that rare thing in the arts (in music, in dance, in drama, in visual art, in literature) perfection. Something worth experiencing at any cost.

If my understanding is correct, and that giving something five stars, or five out of five, or one hundred percent must mean it is perfect, then what has happened? Have I got it wrong? 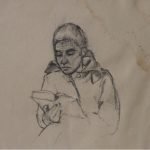